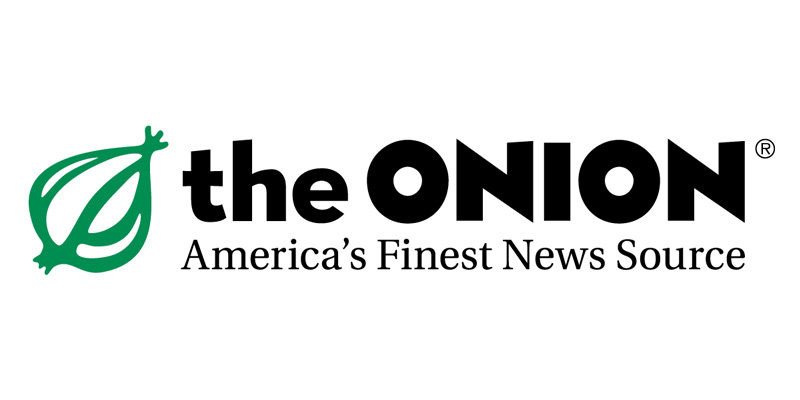 The Onion has been an online staple for some time, having been an early success in translating a hard copy product to the web.  That said, I was always a bit excited when I went into New York and was able to buy (later find for free) a copy of the print edition, which was pretty cool in its own right.

As the Onion empire grew, it expanded in different ways, which included a very well-received podcast called Onion News Network, which became a short-lived TV show for IFC.  The video version built well upon the written version with a similar zany cast of characters, anchors and pundits.

I was particularly enamored by the “Today Now” segment, led by talented actors Tracy Toth and Brad Holbrook, where there was a tendency to build the tension up beautifully and deliver serious laughs as it went off the rails.  I particularly liked the Ke$ha parody, K’Ronikka, in the video above. (It was a favorite of head writer Carol Kolb as well.)

Sadly, all of those basically came to an end when The Onion opted to move its editorial headquarters to Chicago about a year ago.  Much of the writing teams of both the written and video versions, as well as the cast of the video version, were basically gone, replaced with a whole new set of writers and faces.  During that shift the tone changed.

The articles seemed less clever; the video posts less funny.  It was clear that the sensibility had shifted, and for me The Onion wasn’t quite what it once was.

That’s not to say they don’t hit it out of the park anymore; there was a big reaction to their clever “Stop and Kiss” video, parodying the “Stop and Frisk” program that is currently a big controversy in New York. Below, the Chicago team leveraged the “Today Now” characters (even if they couldn’t spell Tracy Gill’s name) to deliver a pretty funny edition about a horse that talks, below.

But ultimately, I’ve found myself turning back to the older editions, and the IFC show, which was brilliant, instead of the current, less humorous releases hitting now.  Hopefully it’s teething issues, but more than a year later, it’s starting to seem like The Onion has lost its edge, at least for now.

Another common segment that I miss dearly is the “In the Know” segment, which parodies the Sunday roundtable shows with know-it-all pundits.  The segment above came out following the insta-poll trend that popped up during the presidential debates.

This other “In the Know” segment features the pundits talking about Nigeria (or is it Niger?).

Don’t let the facts stop you: Jean Anne Whorton takes you “Beyond the Facts” about how Bratz dolls cause children to have body issues.

Finally, a good tech segment that shows their keen parody abilities, and a classic: Introducing the Mac Book Wheel.