Like many who were early to the Internet, I had for a time an AOL account, and became a big fan of some of the online multiplayer games that existed.  There was Slingo, of course, which has survived well and is around and kicking, but another suite of games that existed was Boxerjam’s games, which included both daily games called “The Puzzle Zone” and an online suite of game shows, which were created by Julann Griffin, wife of “Jeopardy!” creator Merv Griffin.

The Puzzle Zone games were fun, quick puzzles that fell into the vein of the puzzle books that I enjoy so much, but the real stars were the online game shows, which were a cornerstone of early AOL, as well as Sony’s the Station and other sites.  The classic three were Strike a Match, Out of Order and Napoleon.  A couple of additional games, such as Know it All, came later. 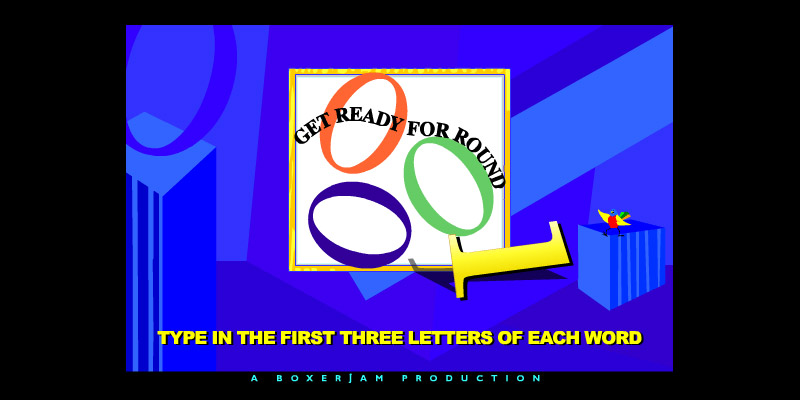 Each had its own twist.  In Strike a Match, at top, a series of words or phrases were shown, and you had to find relationships within them, first in pairs, and later in triplets, to make a connecting theme.  The gameshow Only Connect, featured here earlier, has a round which acts something like this. Out of Order scrambled key words and players were supposed to identify them.  Both games were played on a timer against other players; faster answers yielded higher scores. At their heights, a boatload of people would log on at a set time to play the newly released round of each game for the first time, in the hopes of obtaining a high score in a competition. This is quite similar to how You Don’t Know Jack‘s Facebook game releases episodes today (and did in their Netshow hey-day).

But it may be Napoleon that was nearest to my heart, and the game I spent the most time playing.  A tweaked version of French Poker, it was a quick, multi-round game where you drew five cards, discarded what you didn’t want and drew replacements, trying to make standard hands like a pair, two pair, full house, etc. It was a simple game with luck and strategy both coming into play, and I spent countless hours playing it. Why reminisce? I had rediscovered the site at the end of last year, and played another couple of rounds of Napoleon, a rare treat (the game itself had been hidden from the homepage, but it still existed and worked! Alas, the site itself was taken down by its web host shortly thereafter and, according to its owners, not easily recovered.  So, for now, the classic games are off the web for the first time in nearly 20 years, and screenshots are few and far between. Here’s hoping they can revive the classic games in some form, either in mobile form or in a revived form on the web. They’re really, really good, and deserve to live on.

UPDATE: As noted in the comments, the founders of Boxerjam are back with a new site, Jam and Candy. Learn more about their latest effort in a review I’ve posted of their first round of games.

52 thoughts on “Mourning the death of Boxerjam”