Sadly, the Kindle 2, which had been in service for so long, has recently decided it had enough. My screen effectively began to divide in two and reading on it became nearly impossible. The time had come to replace it. END_OF_DOCUMENT_TOKEN_TO_BE_REPLACED 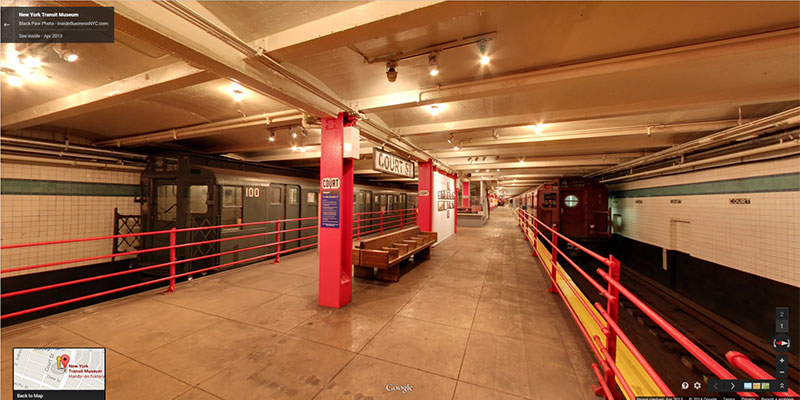 Google’s street view has captured some awesome things on the street as the trucks roll by, but they’ve been having fun in other ways too, capturing special areas and putting them on Google maps as a sort of combination between an easter egg and a virtual tour. END_OF_DOCUMENT_TOKEN_TO_BE_REPLACED

Earlier here on the blog, I featured some thoughts about streaming music and the economics behind it. It’s come up again recently, thanks to Taylor Swift pulling her music off of Spotify as a protest over the streaming rates paid, and Sony Music was reportedly evaluating whether it might do the same. END_OF_DOCUMENT_TOKEN_TO_BE_REPLACED I didn’t get a chance to write about this earlier this month when it was announced, but there’s still plenty to enjoy so I’m sharing it now: Earlier this month the Internet Archive announced an extension of their site that archived classic video games from the early years of arcade machines in what they’ve dubbed the Internet Arcade. END_OF_DOCUMENT_TOKEN_TO_BE_REPLACED I’ve been using various iPod Classic models for more than a decade now; I prefer the controls, especially when driving or commuting, as I don’t have to look at the device to perform certain actions – it’s intuitive thanks to the four buttons on the scroll wheel. The iconic scroll wheel was even parodied by The Onion in a viral video. END_OF_DOCUMENT_TOKEN_TO_BE_REPLACED

Yesterday’s post talked about Windows 10 and the various lists that came from it, but the best article followed a day later by CNet asking if Windows 9 was skipped due to technical compatibility reasons. END_OF_DOCUMENT_TOKEN_TO_BE_REPLACED

Microsoft announced Windows 10 as September wound down, and with it, brought a number of explainer articles hoping to help the masses understand what was new with it. Browsing the Internet became a bit of an amusing exercise. END_OF_DOCUMENT_TOKEN_TO_BE_REPLACED The roles I’ve held at my current employer has meant that I’ve spent more time than many thinking about fonts over the years. This has meant I’ve looked at fonts from various perspectives, from highway signs to Twitter seeking a slightly more unique look, to even how font selection while printing can save money on ink. But what about usability on small screens? Google’s been working on that problem for some time, using techniques that normally aren’t considered normal. END_OF_DOCUMENT_TOKEN_TO_BE_REPLACED Not everyone is well versed in the art of making the perfect animated GIF as a comeback to friends’ witty retorts. For those needing help when it comes to movies, Quotacle may be the solution. END_OF_DOCUMENT_TOKEN_TO_BE_REPLACED